The lucky egg, the pushcart race, the tear jerking final walk across the finish line... the story of the 1988 Calgary Olympic bobsled team, immortalised in Disney's Cool Runnings, has gone down in legend as the ultimate story of sporting endeavour against all the odds. The great news for all of us who love a plucky underdog (that's pretty much all of us at Caribtours), and are hoping for a 21st century reprise of the story, is that Sochi 2014 will be welcoming the Jamaicans bobsledders back again.

What is perhaps less well know is that they won't be the only Caribbean representatives at this year’s Winter Olympiad... enter Peter Adam Crook, halfpipe skier from the British Virgin Islands, who will be his nation's first representative at the games in three decades. Competing in the freestyle skiing category and currently ranked 18th in the world, Cook earned his place following an impressive 10th place in last year’s World Cup in Cardrona, New Zealand.

However, for the 2014 vintage of Jamaican bobsledders the journey to Russia was just as tortuous as that of their illustrious forebears. Despite qualifying, the team were unsure if they would have the necessary funding to actually make it to Sochi. They couldn't even afford to make it to the final qualifying event in St Moritz, instead relying on previous results and waiting with trepidation in the hope that they wouldn't be overtaken in the standings by too many teams.

Driver Winston Watts, who at 46 is eight years senior to any other bobsledder who has qualified for Sochi 2014, has come out of a six year retirement to compete in what will be his fourth Olympic games. Watts has ploughed $150,000 of his own money into flying the team and their equipment to the US for training to help them qualify. Even with a sled donated by the German team, they were still left needing $80,000 to make it to Russia, but an internet campaign by their supporters generating donations of over $120,000 has guaranteed their participation, which was finally confirmed on 20 January.

Here at Caribtours we'd like to wish all of the athletes about to compete in Sochi the best of luck, but we'll be kissing our proverbial lucky egg for those participants from the Caribbean competing so far from home. 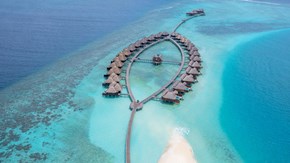