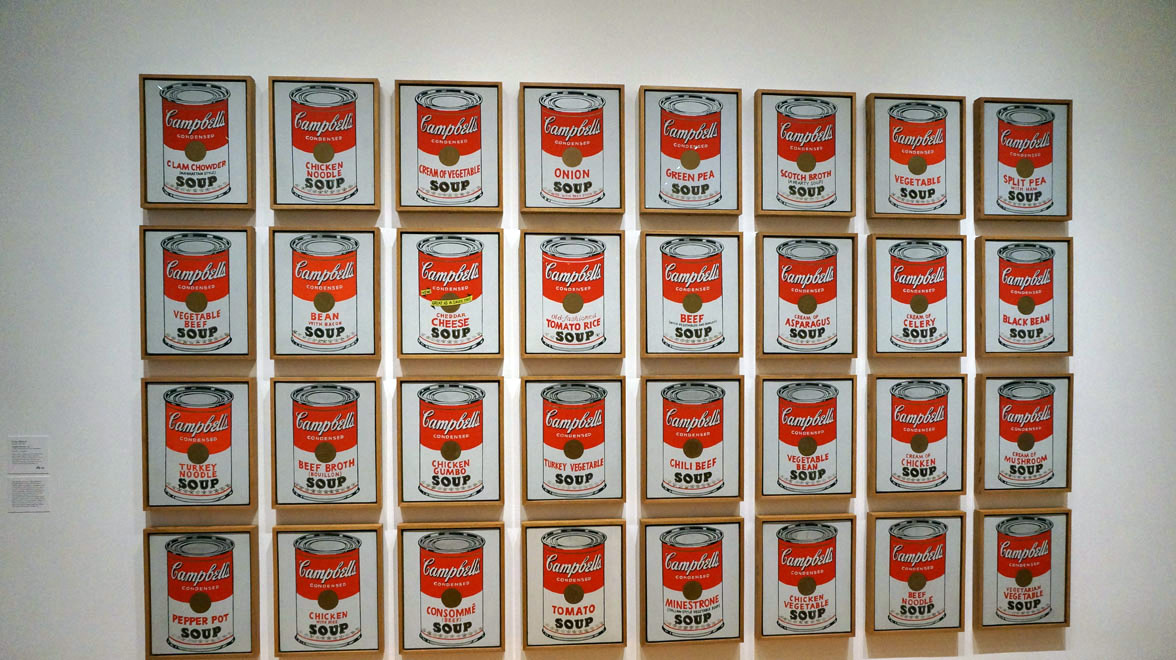 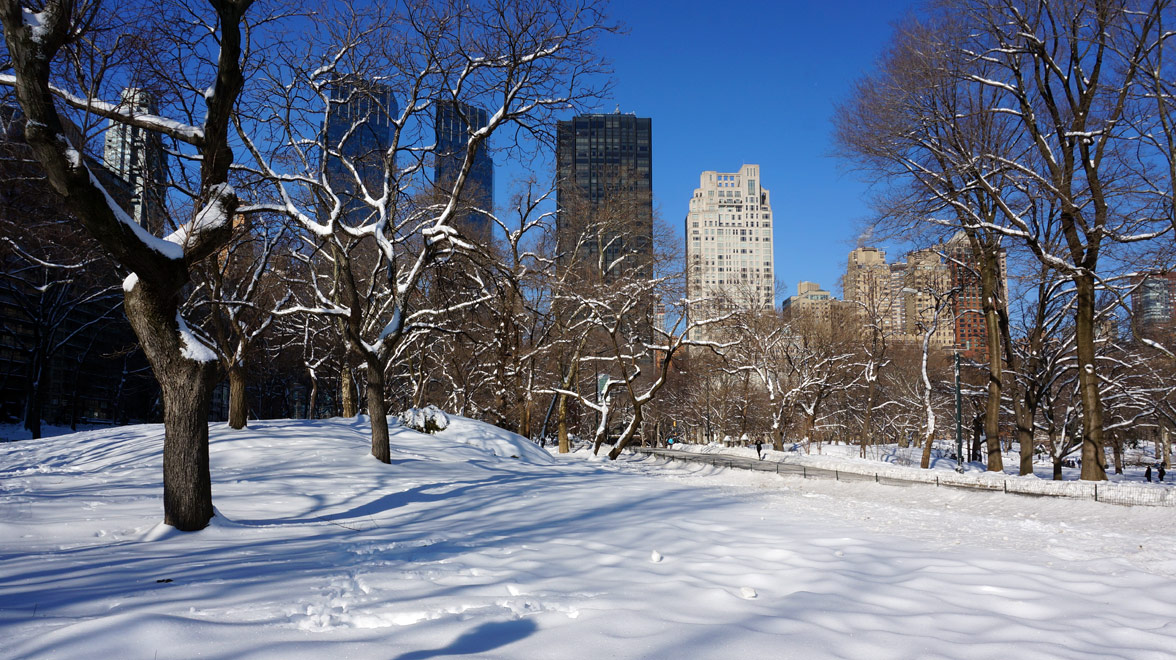 It's usual when visiting a new place to treat it as a voyage of discovery; a chance to see new vistas, experience new customs and discover a new culture. When I visited New York it was different. There can be few places on earth that come with such semiotic baggage. Star of a thousand films, most of us already have a neatly pre-packaged view of what New York is all about even before we go... brooding skyscrapers, neurotic locals, battle scarred yellow taxis jockeying for position on roads cratered like the lunar surface. So once US immigration had grudgingly let me into the country I was intrigued to see if the myth lived up to reality.

The first thing to hit me upon leaving JFK Airport was the cold. We knew that February in the Big Apple would be bracing and were of course aware of the recent snow storms that had swept across the Eastern seaboard, but even pre-warned, the bitter wind was a shock. Parked cars nestled in piles of frozen snow and it blanketed roof tops and was compacted on sidewalks. The freeze-thaw had reduced the road surface into something from the aftermath of a war and the taxi drive from JFK through sclerotic rush-hour traffic did little to dispel my preconceptions, although the friendliness of the cab driver did offer a hint to the warmth of some of the locals we were to meet.

On arrival at our Midtown hotel we dumped our bags, went for a walk and I had my first proper view of Manhattan. I had been worried that I would feel trapped, like a rat in a maze, by the monumental nature of the architecture, but it was in those first few minutes that New York began to work its magic. Yes you feel dwarfed by the scale of the place, but the very diversity of architectural styles gives it an appealingly human, chaotic air and the broad sidewalks and roads feel airy and relatively quiet after the cramped Victorian pavements of London. At night the skyscrapers have jewel-coloured illumination giving it a festive air and by the time you stumble starry-eyed into Times Square you are overwhelmed by the huge electronic screens that cover every available face of the surrounding buildings. Like a scene from some futuristic movie the miasma of colours is a fitting shrine to this cathedral of commercialism.

There is a definite buzz to the place; an urgency where everyone is in a rush to be somewhere.  Overheard snatches of conversations and the continual blare of car horns confirm that the locals are as good-naturedly impatient as their reputation would suggest and it's easy to understand how New York became the financial and cultural powerhouse of the western world. But rather than wearing, this drive to get where they’re going is invigorating... you get swept along by the tide.

We decided to eschew the more obvious destinations, leaving the Empire State and Statue of Liberty to the slack-jawed tourists, instead headed to MoMA (Museum of Modern Art). This peerless collection covers art, sculpture, photography, design and architecture and is housed in a monochromatic, minimalist temple to the less-is-more school of design. Within, Monets, Picassos, Dalís and Van Goghs all fight for your attention along with lesser known and more controversial artists (leading to a few 'my 4 year old could do that' or 'what were they thinking' conversations vital to the enjoyment of any half decent repository of modern art). There are large installations and exhibitions on the architecture of Frank Lloyd-Wright, the music of John Cage (what was he thinking) as well as displays of furniture, ceramics and posters.

Lunch was in the museum's über cool Mediterranean-style deli-restaurant, where the menu is based around unctuous cheeses, fragrant salads and legs of preserved meats freshly cut on a glittering vintage bacon slicer. Frequented by hip design types and corporate raiders on their lunch break this was about as far from your standard museum canteen as its is possible to get.

Add in two fantastic shops offering design-led jewellery, kitchenalia, books, toys and furniture from around the world and a close encounter with A-lister Sigourney Weaver (not guaranteed) it really is the complete package. We visited on a Friday and were surprised how quiet the place was, but Friday nights have free entry and based on the queues forming when we left they get pretty busy.

Art galleries are one of the things that New York really does well. We also visited the Guggenheim, whose art-deco-meets-science-fiction form stands apart from its blocky neighbours like something beamed from space. Its collection spans a greater time period than MoMA and while it’s still got an embarrassment of household names like Picasso, Cézanne and Degas, in my opinion it is the building itself that is the star. Its sinuous corridors lead visitors up in a spiral towards a glazed dome and its crisp-white organic forms are truly spectacular.

Later that day we visited the American Museum of Natural History where they have taken the diorama to heights I've never before encountered. A series of meticulously recreated scenes featuring animals in their natural habitat are unlike anything seen before. The museum also has an impressive dinosaur collection (always a crowd pleaser) as well as the Hayden Planetarium, part of the Rose Center for Earth and Space. In this we experienced a spectacular presentation, graphically explaining the origins and history of the universe.

Impressive as these attractions were, the real star of the show was New York itself. From the fantastic (and surprisingly quiet) shopping districts of Midtown where the department stores jostle for your attention, to the bohemian streets of Greenwich Village with its trendy bars and the crystalline expanse of Central park in the snow, I was enchanted by the diversity on offer in this city. Every district felt unique with its own particular atmosphere.

This diversity is reflected in the food. In a city that is the poster child for the globalised economy I was surprised that nestled alongside the numerous Starbucks, McDonalds and Wendy's franchises were hundreds of independent outlets offering every kind of imaginable cuisine. We did our best to sample as much of this variety as possible, breakfasting on colossal stacks of pancakes with syrup and bacon washed down with inexhaustible cups of coffee at a diner, or trying Jewish favourites such as bagels with lox, blintzes and hot pretzels from a street side cart. We had deliciously tender ribs and local craft beers and Turkish baba ganoush and kebabs. But even our best efforts only scratched the surface of a city where the food appears to be the dominant religion.

So were my preconceptions accurate? New York certainly fulfils all of the stereotypes developed from a lifetime of media exposure, but to dismiss it as some sort of hackneyed Friends-style theme-park is to do it a massive injustice. In the same vein, to try and single out one aspect such as great shopping, amazing culture or fantastic food as the root of its appeal also falls short in defining the place. There's a real depth to its attraction that underpins the thin veneer of sex-in-the-city glamour. It's a high-energy cosmopolitan mix where even the mundane becomes exciting and even the locals’ trademark impatience is delivered with a twinkle in their eye. So I urge you to take your tea iced, stack your pancakes high and dive right in. 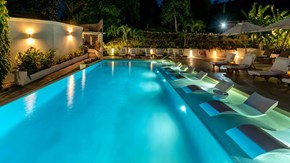 Be in the know. Sign up for our regular e-newsletter and we'll keep you updated with all the latest luxury travel news, exclusive holiday offers and travel tips from our expert team.

You can unsubscribe at any time and you can find out more about our Privacy Policy by clicking here.